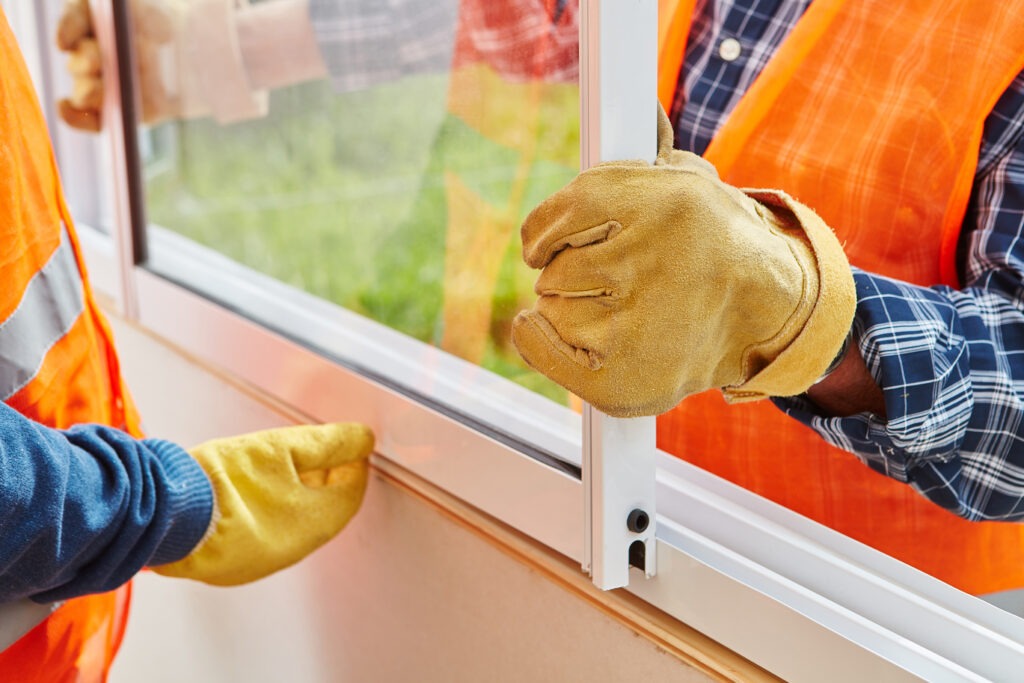 Most window manufacturers’ instructions assume that the rough openings are new-construction perfect and 1/2 in. larger than the windows. You shim the difference and fasten the unit with screws or nails through the window flanges into the studs. That doesn’t work when installing windows in walls insulated with thick, rigid foam on the exterior. Here, typical details include strips of plywood nailed to the jamb studs and extending to the face of the foam. The window frame then is shimmed and screwed to the plywood strips.

Neither of those details worked for us. Not wanting to disturb remodeling that had been done to the interior side of the walls over the years, we were stuck using the existing rough openings. Some of them had four different side lengths. Many were cocked more than 1/2 in., and some were out of line with the neighboring openings by more than an inch. Dan and Woogs recoiled from the idea of so much shimming and reframing, not to mention building an extension box for each window one stick at a time. In addition, we were concerned about achieving a positive air-seal with such extension boxes.